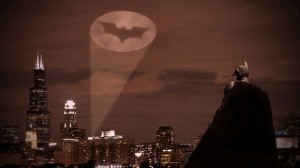 When I get a notification from one of my SQL Servers that a job failed or something is broken, I leap into action. Those alerts are like the Batsignal for a DBA. They are a big deal and I don’t want to see them unless whatever caused it really is a big deal. So I am really annoyed when I get what I call stupid alerts – alerts that technically are correct, but really don’t mean anything or are caused by a trivial transitory condition. A perfect example is the alert my transaction log backup job sends out if it fails. 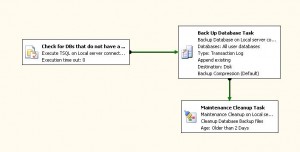 We backup to disk at our company, with each database’s backups in their own directory. My code, shown below, places these initial full backups in one folder, which I called InitialBackups. So that I remember what this directory is for, I created a ReadMe.txt file that I keep in that directory telling me or anyone else that might come across the directory what these backups are and that they can be deleted once the regularly scheduled full backup job has made a backup of the database. (Actually, since this is a subfolder of where my regular backup files are stored, my regular maintenance plan clean up job deletes then automatically after a certain amount of time.)

DECLARE DatabaseCursor CURSOR FOR
SELECT name FROM sys.databases WHERE name <> ‘tempdb’ AND source_database_id is NULL

FETCH NEXT FROM DatabaseCursor INTO @dbname

UPDATE: Ran into a problem with this code this morning. I had just made a snapshot and, shortly thereafter, my transaction log backup failed. Turns out, the SELECT statement that defines the cursor was picking up the database snapshot. A snapshot cannot be backed up, so the job failed. I added the code in red to exclude snapshots from the cursor. Currently, snapshots are an Enterprise-only feature, but the code will still work on non-Enterprise versions as well.