SQL Server 2012 is on its way. If it’s anything like the release of past versions, there 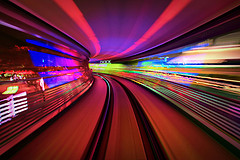 probably won’t be a huge rush to upgrade. The old “wait until the first service pack is released” mentality is still very much alive and, with so much of a company’s business dependent on databases, management tends to proceed very cautiously when it comes to upgrading their database servers.

I work for a financial services company and therefore,  almost by definition, we’re conservative when it comes to change. We have a very strict change control process and all changes to production systems have to go through a multi-department meeting to makes sure everyone is on board with the change. But because we handle people’s money, we also are very security conscious and have regular third party audits of our systems and procedures. One of the things the auditors look for is what versions of SQL Server we are running. They not only check service pack levels and security patches, but also versions in general. Instances of SQL Server 2000 are always flagged because they lack the new security features that were introduced in SQL 2005 – password policies, more granular permission options, etc. So we have an external force driving us towards newer versions of SQL Server. At the same time, the vendors of some of our software don’t yet support the newer versions, so we have something of a balancing act we have to perform. Overall however, we have a fairly consistent forward progression.

This is a far cry from any of the previous employers I have worked for. They were all smaller companies with a small engineering and development teams. There were never any resources available for them to go back and retest old software with new versions of SQL Server. As a result, the only pressure to move to newer versions of SQL Server came from them designing a new product that required features in a newer version. And even then, we still had to support customers who did not upgrade. I was still dealing with people running SQL Server 7 years after it had been officially end-of-lifed by Microsoft. That doesn’t help me advance my career.

Personally, I love the forward pressure we have. Yes, it can be a pain upgrading servers, moving databases around, and dealing with all the headaches upgrades involve. But it also means I get to play with the newest features and latest and greatest technology. (After a short while anyway. We are by no means on the bleeding edge, nor do we want to be.) It keeps me growing as a professional and keeps me interested in my job.

What drives the upgrade process at your employer?