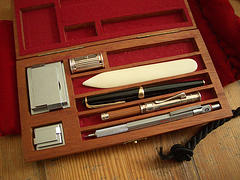 Writing scripts is often an iterative process. I’ll create something that works and use it for a couple months, then run into a case I didn’t think of or that behaves a little differently, and I’ll have to modify the script to handle it. Sometime later, the same thing will happen and I’ll make more changes. Over time, you end up with a fairly robust script that can handle quite a few different situations. This is another reason why I like to have consistent scripts across all my servers. If a problem crops up on one server and the fix has been implemented on all the servers, then you never have to worry about the problem showing up again.

This script works for brand new databases, but my differential and transaction log backups were still failing with the “no full backup” error in cases where I moved a database from one server to another.

I did some digging and discovered that the act of restoring a database will create an entry in the backupset table. Given that there are tables in MSDB that store information about restores, namely, restorefile, restorefilegroup, and restorehistory, you would think that a restore operation would be recorded in those tables only, and not also in backupset, but that is not so. Books Online says this about the backupset table:

Contains a row for each backup set. A backup set contains the backup from a single, successful backup operation. RESTORE, RESTORE FILELISTONLY, RESTORE HEADERONLY, and RESTORE VERIFYONLY statements operate on a single backup set within the media set on the specified backup device or devices.

From that, it’s not clear to me that a restore will put data into this table. In retrospect, I can see that yes, it does sort of imply that, but by no means does that jump out at you on the first read. But a simple test confirmed it. I made a test database on Server A, then restored it on Server B. Here is a query on Server B before the restore, showing there is no entry in the backupset table for my test database: 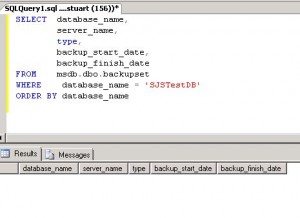 Then I did the restore and ran the same query. Here is the result: 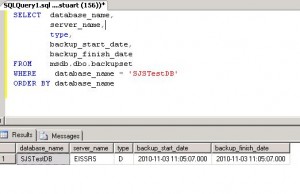 This is why my script was not catching databases that had been moved and creating a full backup for them. To fix this, we can use the server_name column. Notice that the entry in the backupset table for the restored database has the server name of the original database – “EISSRS” is “Server A” in my example. So by modifying our script to check that there is a full back up entry with the same server name as the current server, we can handle cases of moved databases. I did this by adding to the WHERE clause a condition that the server_name column equal the global variable @@servername. The modified code is:

Note that you may still run into an issue with this. On one of my servers, @@servername returned a null value. That particular server was set up before I started with this company, so I don’t know how that came about. However, it can be fixed by following the steps given here, which simply use the sp_dropserver and sp_addserver stored procedures to update SQL’s system tables with the local server name. (A SQL Server service restart will be required if you have to do this.) Once you have verified that @@servername returns a valid value, you can implement this script.

Speaking of iterative script writing, I snuck in another change to the above script. I set up mirroring of a couple databases recently. On the mirror server, these databases are in the RESTORING state and therefore, can’t be backed up. So I had to change the WHERE clause of the DatabaseCursor to include the condition AND State_Desc = ‘ONLINE’ (line 8). This will exclude the mirror databases (and other off-line databases) from the check.